Allow me to introduce Nicholas Rossis, friend and fellow Rave Reviews Book Club board member.  I enjoy his blog for all the writing tips he has to offer.  Nicholas is known for his Pearseus Trilogy and The Power of Six. View is Amazon Author Page to learn more about his writing.

My 4 Golden Rules of Writing

I’ve been wanting to write this post for a while now. The main reason is that I keep coming across several writing rules that make little sense to me. Then, I came across a gem of a post by Constance Hale, “When Shakespeare Committed Word Crimes” on TED.

Constance confirmed what I long suspected: when there is tension in a language between what comes naturally and the rules, it’s because someone has tried to shoehorn the language into their idea of conformity.

Does this mean there are no rules? Not at all. It just means that the ones we are taught in workshops and classrooms are not necessarily the ones that matter to actual readers – as opposed to teachers, agents and editors. So, here are my golden rules; the ones no fiction writer should ever break, in my view:

Rule #1: Don’t let your writing get in the way of your story.

I know I say this all the time, but it bears repeating. Fragment your sentences. Throw caution to your wind. Have fun with the language. As I’ve said before, I write in English because I love the language and its flexibility.

Our language is in a manner barbarous

Its barbarity, as the poet and critic John Dyrden characterized it in 1693, is what it makes it so darn appealing to me. So, I understand the need to preserve the language’s beauty, but don’t throw out the baby with the bath water. Respect and treasure its imperfections, its wildness.

“Our Language is extremely imperfect,” Jonathan Swift, writer and dean of St. Patrick’s Cathedral in Dublin, complained to the Earl of Oxford in 1712. “Its daily Improvements are by no means in proportion to its daily Corruptions; and the Pretenders to polish and refine it, have chiefly multiplied Abuses and Absurdities.” And that wasn’t all, Swift added: “In many Instances, it offends against every Part of Grammar.”

So, offend against grammar, if that’s what it takes. Be creative. After all, grammar only has one true aim.

Rule #2: Grammar’s aim is to make the written word as clear as possible.

Everything else stems from that need. Active voice is considered more immediate than passive one, hence the “rule” that is should be preferred. Or, consider use of comma, the one thing that’s bound to create more arguments than anything the Middle East can throw at us. In the example of

it is a comma that separates vegetarians from cannibals. However, use of the (in)famous Oxford comma won’t significantly alter the reader’s comprehension. Therefore, all related arguments are classified in my mind under “pedantic, safe to ignore.” Just use it consistently throughout your manuscript, and I promise you: there’s a grammar book somewhere in the world swearing that your way is the only correct one!

As for the rest of the rules, here is what Ben Yagoda has to say in his excellent post, “7 bogus grammar ‘errors’ you don’t need to worry about” (I only mention five here, to encourage you to check out his post for more information):

The rule against splitting infinitives — that is, putting an adverb between the word to and a verb — was pretty much made up out of whole cloth by early 19-century grammarians, apparently because they felt the proper model for English was Latin, and in Latin, infinitive-splitting is impossible.

However, English is not Latin, and infinitives have been profitably split by many great writers, from Hemingway (“But I would come back to where it pleases me to live; to really live”) to Gene Rodenberry (“to boldly go where no man has gone before”). So, it’s okay to boldly do it.

2. Don’t end a sentence with a preposition

The idea that it’s wrong to end a sentence with a preposition (from, with, etc.) was invented by the English poet John Dryden… in 1672. He probably based his objection on a bogus comparison with — you guessed it — Latin, where such constructions don’t exist. In any case, there is no basis to the rule in English grammar, and, once again, great writers have ignored it with no great loss to their prose or reputations. On a memo criticizing a document for committing this “error,” Winston Churchill allegedly wrote: “This is the type of arrant pedantry up with which I will not put.”

3. Don’t use “which” as a relative pronoun

The bogus idea here is that only that, never which, should be used to introduce so-called defining or restrictive clauses. For example, “The United States is one of the countries which that failed to ratify the Kyoto Protocol.” One again, this is totally made up. Geoffrey Pullum, co-editor of the authoritative Cambridge Grammar of the English Language, has written, “The alleged rule has no basis. Even in edited prose, 75 percent of the instances of relative ‘which’ introduce ‘restrictive’ relatives.” The culprit here seems to be the great language commentator H.W. Fowler, who popularized the notion in his 1926 book, Modern English Usage.

In fairness to Fowler, he merely speculated that if writers were to follow this custom (as he acknowledged they currently did not), “there would be much gain both in lucidity & ease.” Language sticklers took that and ran with it, and this idea reigned for most of the rest of the century. Even now, it has a lot of adherents. But it still doesn’t have any justification. One of the great sticklers, Jacques Barzun, advised in a 1975 book that we ought to avoid such whiches. But as Merriam-Webster’s Dictionary of English Usage points out, on the very next page Barzun broke his own rule, writing, “Next is a typical situation which a practiced writer corrects ‘for style’ virtually by reflex action….”

4. Don’t start a sentence with a conjunction

Except possibly in the most formal settings, there is absolutely nothing wrong with starting a sentence with And or But. A funny thing about the supposed rule against doing so is that no one has been able to find a book or authority that has ever endorsed it (with the exception of a single 1868 text turned up by the scholar Dennis Baron). But countless people feel this is unacceptable, possibly because the notion was pounded into their head by some middle school grammar teacher. Get over it!

5. Don’t use the passive voice

Passive construction can indeed propagate obfuscation, as well as wordiness, and thus should be used judiciously. But there’s nothing inherently wrong with it, and when the subject of a clause or sentence isn’t known, or isn’t as important as the object, passive voice can be just the thing. Tom Wicker’s classic New York Times opening sentence of November 23, 1963, would have been ruined if he’d tried to shoehorn it into the active voice. Wicker wrote: “President John Fitzgerald Kennedy was shot and killed by an assassin today.”

English heading into the sixteenth century was a makeshift, cobbled-together thing. Since no fewer than eight conquering peoples had added to the vocabulary and shaped its syntax, it was a mess. Even worse, playwrights like Chaucer let newfangled words from the street amble onto the literary stage – newfangled and amble being two of them.

By the time Elizabethan dramatists sought expression for ever-more sophisticated sentiments, crowds cheered their linguistic daring. The Bard himself is responsible for so many of the words we use everyday, such as:

Shakespeare also minted new metaphors, many now cliches, but fresh in his time:

But you didn’t have to be a Shakespeare to play word god. Everyday speakers in the Renaissance formed new words, often by adding prefixes and suffixes. Most of the words formed this way were nouns and adjectives:

New verbs could be had for the cheap price of a suffix, like:

I find this ability of the English language to create new words, to verb nouns, if you like, to be one of its most fascinating aspects, and one that should be treasured, not fought.

Calvin and Hobbes by Bill Waterson

Then, in the midst of this linguistic riot, King James commissioned the Bible’s translation into English in 1604. England had just broken away from the Roman Catholic Church, so this anarchic tongue became a bastion of national identity.

Certain clerks and clerics in the eighteenth century longed for a less rustic language and took it upon themselves to craft a “Queen’s English.” They invented rules for this unruly tongue. The problem was, they stole the rules from Latin.

Nevertheless, these rules have been sanctified in books and repeated by people who ignored the history of English. They have been passed down by generations of schoolmarms (and schoolmasters).

We humans are simple creatures. We love our stories, our myths and our tales. Since ancient time, as long as our ramblings have a beginning, a middle and an end, they’re accepted as stories. Anything else could be the incoherent babble of a drunkard just before he passes out.

So, stop worrying if your story is ready to be shared with the world, because the commas in it may be misplaced and you use more passive voice that you “should.” Stop fretting that you start your lines with a gerund, or your book with a dream. That your sentences are fragmented. Or that you start with conjunctions or end with prepositions. These aren’t even real rules. And stop trying to impress editors and agents.

Instead, focus on writing, then writing some more. And on sharing with the only people that really matter: the readers. 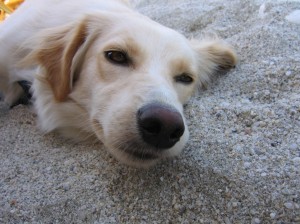 When you read these lines, I’ll be on my way back from my holidays. So, please forgive me if I take longer than usual to answer any comments! If I do answer you straight away, please remind me that I’m driving and I should keep an eye on the road! 🙂 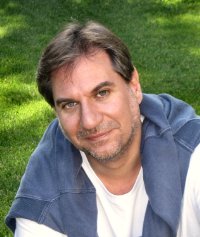 This entry was posted in Guests and tagged My 4 Rules of Writing, Nicholas Rossis, Pearseus, Rave Reviews Book Club, The Power of Six. Bookmark the permalink.

4 responses to “My 4 Golden Rules of Writing – Nicholas Rossis”